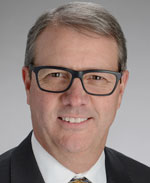 Dr. Girod became KU chancellor in July 2017.  Before that, he served as executive vice-chancellor at KU Medical Center.  A head-and-neck surgeon, Girod joined the KU Medical Center faculty in 1994 and became chair of the Otolaryngology Department in 2002.

Of his numerous awards and honors, he is perhaps most proud of his 2006 Student Voice Award for Teaching on a Surgical Rotation, bestowed by students at the KU School of Medicine. 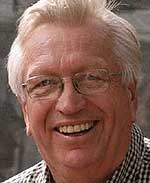 Jackson, founder and president emeritus of the Land Institute, established and served as chair of one of the country’s first environmental studies programs at California State University-Sacramento and then returned to his native Kansas to found The Land Institute in 1976. He is the author of several books, including “New Roots for Agriculture,” “Becoming Native to This Place,” “Consulting the Genius of the Place,” and most recently “Nature as Measure.” 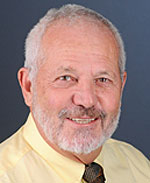 Prof. Younger came to KU in 2002 as a professor of classics from Duke University, where he had taught for 27 years. He has also taught in the KU departments of Humanities, Museum Studies, and Women, Gender, and Sexuality Studies. He has been the director of Jewish studies since 2013. He holds a BA degree in history from Stanford University and MA and Ph.D. degrees in classics from the University of Cincinnati. His research focuses on the Aegean Bronze Age. He is currently involved in the Gournia Excavation Project in East Crete and will be publishing about the Minoan pottery workshop he excavated there. He has published numerous other books, chapters and articles on various Bronze Age and Classical topics, including an entry in the encyclopedia “Sex in the Ancient World, A-Z.” 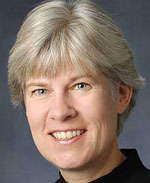 Kaye McIntyre is the local host of NPR’s “Weekend Edition” and produces and hosts “KPR Presents,” Kansas Public Radio’s public affairs program.  She is the project coordinator for KPR’s “Kansas Voices of the Vietnam War,” an oral history project sponsored by the Kansas Humanities Council, as part of the Library of Congress Veterans History Project. 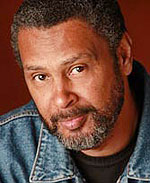 Willmott, also a director, is known for work focusing on black issues, including writing and directing “Ninth Street,” “C.S.A.: The Confederate States of America,” and “Bunker Hill.”  He grew up in Junction City, Kan., and received a BA in drama from Marymount College.  After graduation, he returned home and worked as a peace and civil rights activist, fighting for the rights of the poor, creating two shelters for the homeless and forcing the integration of several long-standing segregated institutions.  He received an MFA in dramatic writing from New York University.  He won the Best Director award at the American Indian Film Festival for “The Only Good Indian,” which he produced and directed. 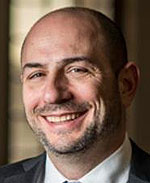 Dr. Lejuez was named to the provost position in mid-April.  Before that he had been dean of the College of Liberal Arts and Sciences since 2016. Prior to that, he spent 15 years at the University of Maryland.

Lejuez’s own teaching and research activities are focused on understanding and treating alcohol and drug addiction, including cases complicated by other psychological challenges such as anxiety, depression and anger control. His research has been funded by the National Institutes of Health since 2002.  He is the founder of the KU Cofrin Logan Center for Addictions Research and Treatment.

“Biosynthesis of Yersinopine: an Opine Metallophore from Yersinia Pestis,” by Cara Davis.

Bacteria require a variety of different metals for their survival, and one way that they obtain these metals is by using a small molecule called a metallophore.  Metallophores bind tightly to metals and can help bring essential metals to the bacteria. Without metallophores, bacterial growth and infection decreases, so inhibiting metallophore production is a potential antibiotic target.  My project focuses on studying the structure and function of the enzymes that work to produce the metallophores.   (Yersinia Pestis is the organism responsible for the Bubonic Plague.)

Cara is a Wichita junior majoring in chemistry. She began working in a research lab at 17 and hasn’t stopped since. Her research focuses on biochemistry, specifically the structure and function of enzymes. A few months ago, the work from her research project was published in the Journal of Biological Chemistry. She was named a Goldwater Scholar in March and has won K-INBRE (a program for biomedical research) fellowships three years in a row. She hopes to attend a biophysics Ph.D. program and eventually become a biochemistry professor.

Using skills and tools learned from Adaptive Leadership, Angie and others in her group were able to bridge the gap between awareness and student veteran support. Research and work by the group led to a better understanding and appreciation of the wants and needs of KU student veterans. The mission of their project is to provide support from one veteran to another for success.

Angie is studying Sport Management and double-minoring in Business and Leadership Studies. This past year she was the chair of the Big 12 Conference Student Athlete Advisory Committee, allowing her to represent KU at the conference and national levels. She has also been a member of the KU rowing team. A graduating senior, she has accepted a position at the Big 12 Conference headquarters in Dallas, Tex., working with student-athlete development.

“Investigating the Role of syg-2 in the GABAergic Motor Neurons of Caenorhabditis Elegans,” by Chloe Adams.

Chloe recently graduated from KU with a degree in biochemistry and a minor in Spanish. She was involved in a variety of organizations including the KU Honors Program, Tri-Beta Biological Honor Society, BioScholars, and Dennis E. Rieger Scholarship Hall.  This fall, Chloe will be attending the University of Washington to pursue a Ph.D. in biochemistry.

1:30-2:45 p.m. — “Trump’s Rhetoric of National Populism and the Strongman and What It Reveals About American Politics,” by Prof. Robert Rowland. 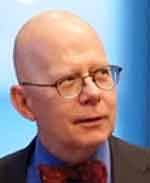 Dr. Rowland is a Department of Communication Studies professor and director of graduate studies. His major teaching and research interests include rhetorical criticism, argumentation, political communication, critical thinking and the public sphere.  He is a former director of forensics at KU and Baylor University. As a KU student in 1976, Dr. Rowland and his debate colleague won the National Debate Tournament.

6 p.m. — Reception at the Adams Alumni Center sponsored by the Alumni Association.

We’re bombarded with news and information, but how accurate is it? Is what you see online true or false, or misleading? What does “fake news” really mean and how can you spot it? This session will present tips on being skeptical, ways to tell if something might not be real or true, and basic practices for fact-checking and verification. 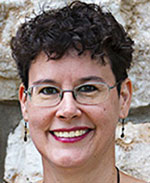 Dr. McLendon is chair of the News & Information track at the KU School of Journalism, where she also teaches grammar, editing and writing. Before coming to KU, she spent seven years as the deputy news desk chief at the Wichita Eagle and five years as news editor at the Denton (Texas) Record-Chronicle. She moved into journalism after earning a doctorate in Slavic languages from the University of Texas. Last year, her book “The Perfect English Grammar Workbook” was published by Callisto Media.

10:45-11:55 a.m. — “The History of Dyche Hall, Its Renovation, and the Grotesques,” by Prof. Leonard “Kris” Krishtalka.  This event will include tours of the Natural History Museum as well as commentary by Dr. Kristalka.  The commentary will be in the Commons at Spooner Hall. 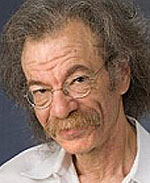 He has directed the Biodiversity Institute since 1995. Before that, he was an assistant director at Carnegie Museum of Natural History and a program director at the National Science Foundation in Washington, DC. He is the author of innumerable articles in scientific publications and has presented dozens of lectures to his peers. He has done field work in Alaska, Senegal and Pategonia, and is the namesake of Nyctitherium krishtalkai, a fossilized, 50-million-year-old insect-eating mammal about the size of a small hedgehog. 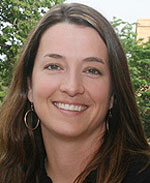 Jessica Beeson founded KU Mini College in 2009.  She is the director of alumni and community engagement for the College of Liberal Arts & Sciences. She is responsible for the creation, supervision and execution of multiple projects including educational programs for the community, and alumni and donor engagement opportunities that serve 55 university departments.  She is the dean’s liaison to administrative offices and committees on and off campus and manages the dean’s advisory board.

During her time at KU, she has created and implemented numerous programs designed to strengthen KU’s relationship with alumni and the community. In addition to her work in the dean’s office, Beeson is a lecturer for the Leadership Studies minor and for the African & African-American Studies Department at the University.  She has a BA in religious studies from KU and an MA in Near Eastern studies from the University of Arizona. 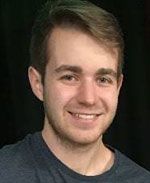 Alex Frank is a guitarist, composer and educator based in Lawrence, Kan. Hailing from Topeka, Alex began studying guitar at age 9. Throughout his secondary education, he received numerous scholarships that guided him toward studying jazz and, more recently, flamenco guitar at KU.

Now at age 20 he plays in his own jazz groups as well as being a working sideman and solo musician in Topeka, Lawrence, and Kansas City. He composes and arranges for big band and small groups, and his pieces have been played and recorded by the award-winning KU Jazz Ensemble I and other top combo groups. Additionally, he is on the faculty at Music House School of Music in Overland Park and Lenexa, teaching private and group lessons and running rock band workshops.